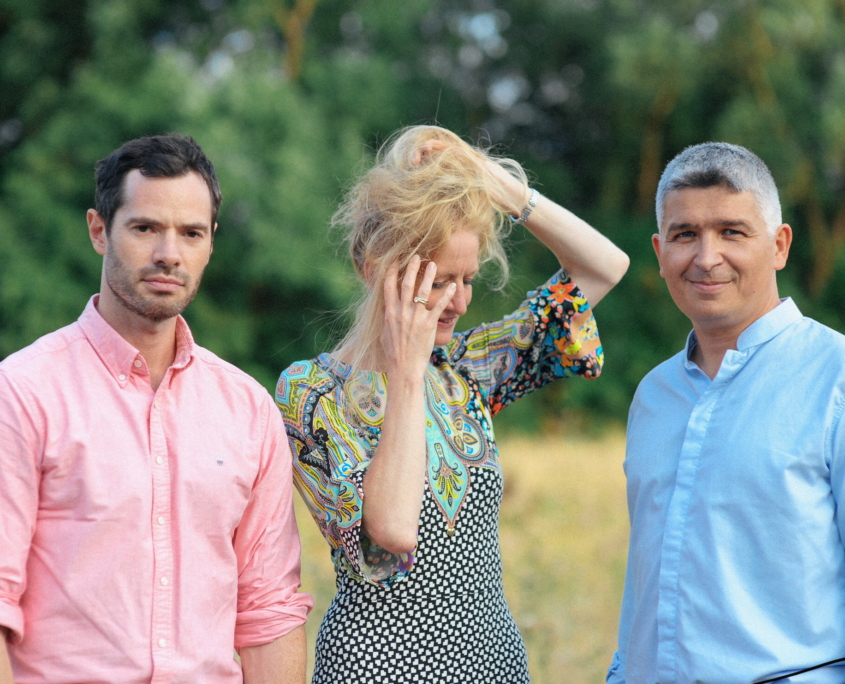 Alpha consists of three classical musicians, who have all made their mark on European music life – Bolette Roed on recorder, Peter Navarro-Alonso, classical saxophone and organ, and David Hildebrandt, classical percussion.

Alpha’s musical concept is unique – A classical ensemble, commissioning pieces, improvising, playing folk music from all over the world, diving into electro acoustic music, electronica and medieval music as well as composing themselves. A stylistic span from the 14th century to newly written works, from Orthodox Georgian chorals to minimalistic techno.

Andreas Borregaard is recognized as one of the world’s most exciting classical accordionists. Through an extensive career as soloist and chamber musician, Andreas Borregaard communicates the accordion’s fascinating qualities and palette of expressions to a wide audience. Collaborating with composers from all over Europe, he is actively influencing the development of this young instrument’s use and repertoire – and pushing the boundaries of the performer’s involvement on stage.

Through a parallel fascination with early music, he explores how the accordion can add new colours to the keyboard repertoire of the 18th century. In 2017 Andreas Borregaard was appointed accordion lecturer at the Norwegian Academy of Music where he is currently also a PhD fellow in artistic research. 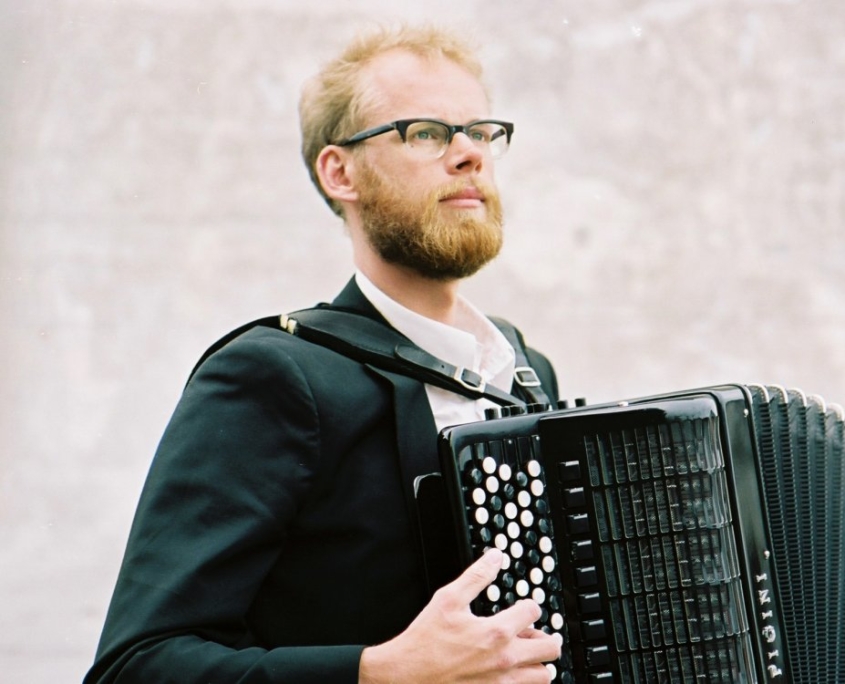 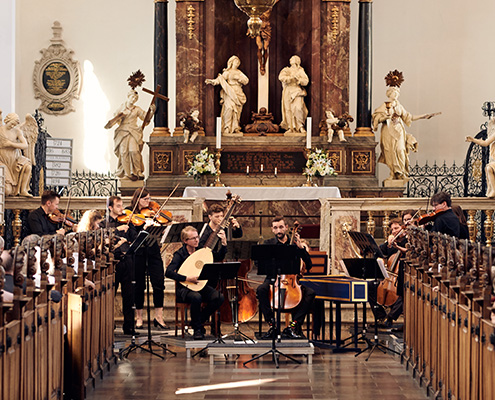 Arte dei Suonatori, a Baroque orchestra formed in 1993 by violinists Ewa and Aureliusz Goliński, has become one the most recognisable Polish ensemble on the international music scene. Their repertoire exceeds 700 compositions, representing a wide-range of styles and forms from the 17th and 18th century as well as the contemporary era.

Since its formation, the orchestra has worked with major figures of the early music world. Fruitful and inspiring collaborations have developed with artists such as Martin Gester, Rachel Podger, Bolette Roed, Alexis Kossenko, Maria Keohane and Ruby Hughes. Alongside performances throughout Europe and the United States, they have co-created and co-organised five significant festival series in Poland. Their concert cycle “Early Music-Persona Grata” is the largest in Poland dedicated to historically-informed performance, having expanded rapidly from its beginnings in 1999.
For music lovers all over the world, their concerts have been broadcast by popular European radio stations including the BBC, NDR, Danish Radio DR, Polish Radio PR2, recorded by Polish Television and Mezzo and registered on fifteen albums for labels BIS, Alpha, Da Capo, and Dux. The orchestra’s approach and unique way of music-making have enjoyed great international interest testified by awards for their recordings such as Gramophone Award, Diapason d’Or, Choc du Monde de la Musique, Luister 10, 10 de Repertoire, Gramophone Editor’s Choice, Gramophone CD of the Month, Classics Today, and Prelude Orchestral CD of the Year.

Bolette Roed graduated from the advanced solo performance class of the Royal Danish Academy of Music in Copenhagen. Soon after her debut, Bolette was appointed Artist-in-Residence of the Danish National Radio and in 2011 she was nominated for the Nordic Council’s Music Prize. Furthermore she received the Grand Prize of Jacob Gade Foundation in 2003 and the highly esteemed “The Danish Music Critics Prize 2014”. And she was elected for The Danish State Art Council’s “Young Elite” program.
Bolette is an all-embracing musician, working not only with the classical repertoire for recorder, but also with improvisation, folk and world music. Her repertoire ranges from medieval through renaissance and baroque to contemporary music and she has world premiered a large number of works. As part of her innate curiosity Bolette is constantly striving to expand the musical playground of the recorder.
Since 2004, Bolette has toured as a soloist with Arte dei Suonatori, Concerto Copenhagen, the Danish National Chamber Orchestra, the Danish National Symphony Orchestra, Holland Baroque and the Royal Danish Orchestra.
Besides persuing her solo career, Bolette often performs in smaller or larger chamber music settings – including her own ensembles Alpha, Concert Pastoral and Elephant House Quartet.
She has released a large number of CD’s – most recently as the first ever Brüggens complete arrangements for recorder of selected J. S. Bach solo repertoire from the solo cello suites and violin partitas and sonatas. Of future releases can be mentioned “Telemanns Garden” on Pentatone with Elephant House Quartet, to be released in the fall of 2019. 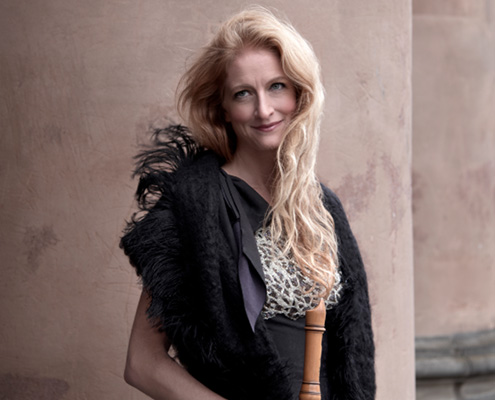 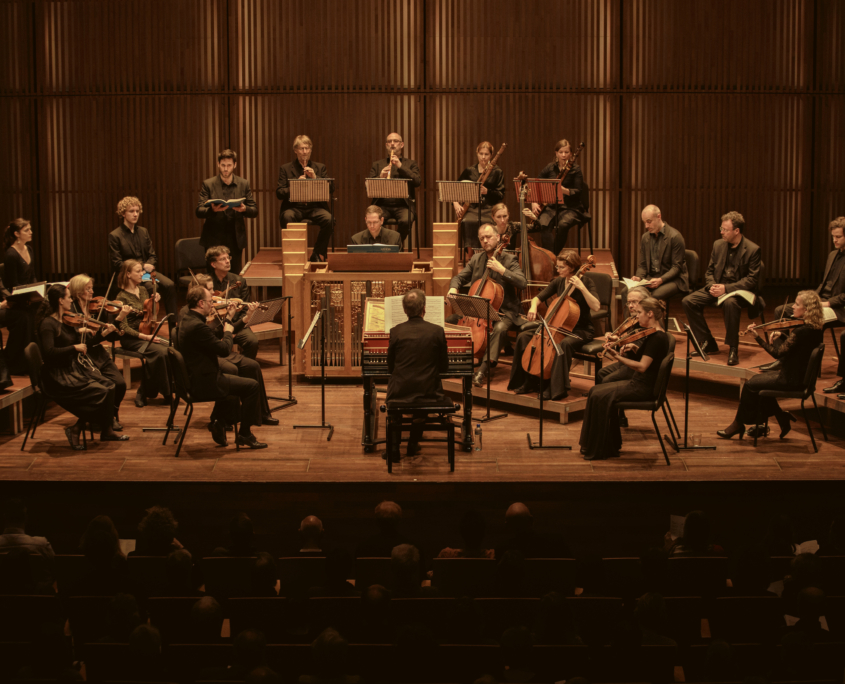 Since its first concerts in 1991, Concerto Copenhagen has developed into one of Scandinavia’s leading orchestra in Early Music Baroque, Classical and Early Romantic. With artistic director, conductor, and harpsichordist, Lars Ulrik Mortensen, at the helm, CoCo has become synonymous with a special, methodological approach to working with historical material. CoCo unites artistic authenticity and innovation through original and uncompromising interpretations, the music is given new life and renewed relevance to a modern audience. Since 1999, the collaboration between CoCo and Lars Ulrik Mortensen has led to an exciting artistic and musical journey appreciated and praised by audiences and critics around the world. With a unique repertoire that combines well-known European music with lesser-known works of Scandinavian origin as well as new music, CoCo marked its 30th anniversary in 2021. In 2022 CoCo is DR P2 Artist of the Year. 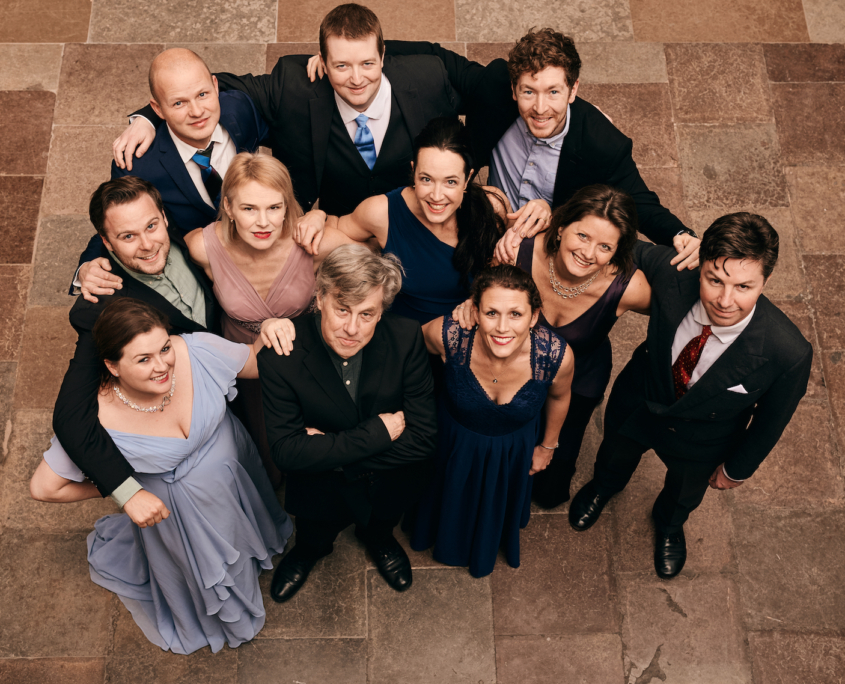 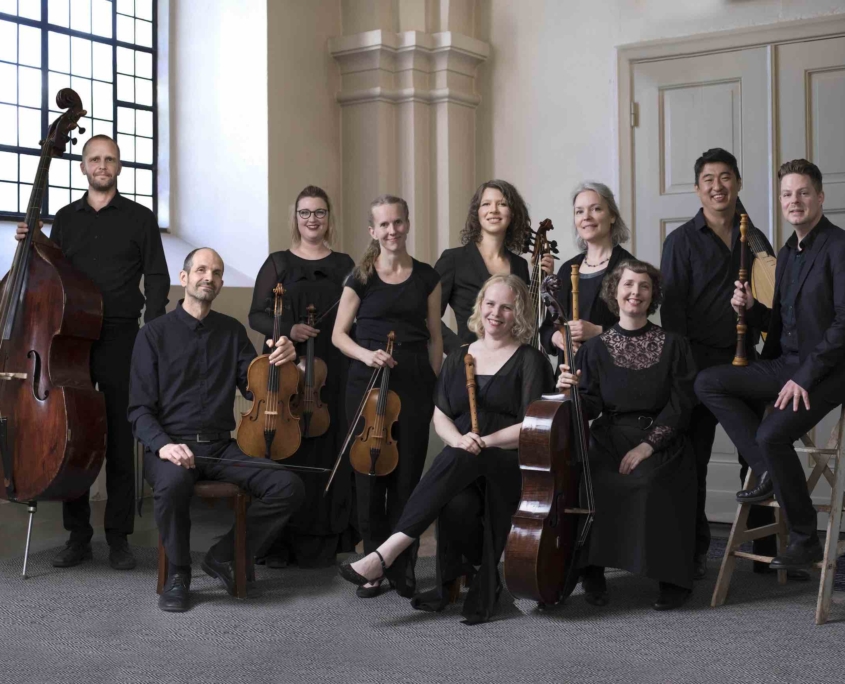 Höör Barock Ensemble is one of Scandinavia’s top most celebrated baroque ensembles of today. What distinguishes their music is the lively rhetorics, impassioned interplay and great richness of tone. The individual instruments are given space and the collective expression lies in the dedication and virtuosity of each musician. The ensemble has its base in the small town of Höör in the south of Sweden and consists of a handful of the most successful specialists of the baroque genre in the region.

The group has worked under the leadership of guest musicians such as the Polish violinist Aureliusz Golinski and the French organist Martin Gester. In 2014 they teamed up with Dan Laurin, recorder, and Anna Paradiso, harpsichord. Under Dan’s musical leadership they have made two recordings with the eminent record label BIS. These recordings offer all one could wish from pine-scented rococo sounds to virtuoso Italian delicacies and energetic contrapuntal sport!

Katarzyna Olszewska was born in 1995 to a family of musicians specialized in early music, so the interest in this particular field of music developed naturally in her early childhood. In 2019 she graduated from the Academy of Music in Cracow where she studied baroque violin with Sirkka-Liisa Kaakinen-Pilch and Zbigniew Pilch. Her repertoire includes pieces from early 17th until late 19th century and recently enjoys exploring also 20th century music (still played on gut strings).

During the 2016-2017 artistic season she was a member of European Union Baroque Orchestra. In January 2020 she qualified as one of five finalists-laureates in the Indianapolis International Baroque Competition, however the final round has been postponed due to the pandemic and will take place in July 2022 in Indianapolis, USA.

As well as being a co-founder of the Modus Consort early music ensemble, with whom she has given performances at (among other venues) the Poznań Festival of Passion and Paschal Music, the Młoda Muzyka Dawna (Young Ancient Music) Festival or Cracow Bach Festival, she cooperates with ensembles such as Arte dei Suonatori, Il Pomo d’Oro, Capella Cracoviensis, Kore Orchestra. 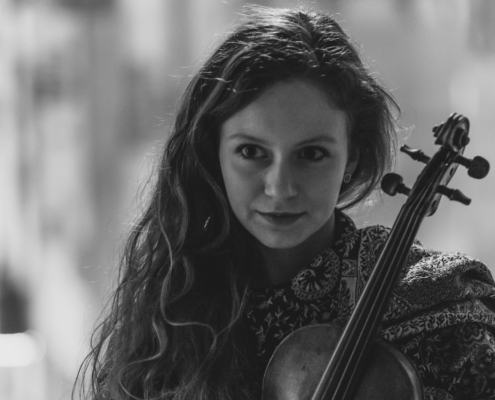 Anastasia grew up in the small town of Radomyshl, Zhytomyr region. She began studying at a music school at the age of seven. In 9th grade, she decided that music was the profession of her life.
Last year Anastasiia graduated from the Kyiv Municipal Academy of Music named after Glier and is completing her first year at the Ukrainian National Academy of Music (Kyiv, Ukraine)
Due to Russia’s war in Ukraine, she was forced to leave home and move to Denmark, where she actively talks about Ukrainian culture, music and bandura.